It is a great pleasure to announce that The Scientistt will host the 2nd Global Summit on Toxicology and Applied Pharmacology (TOXI2023)will be held in Lisbon, Portugal during September 21-23, 2023

TOXI2023 aims to bring together the renowned researchers, scientists and scholars to exchange ideas, to present sophisticated research works and to discuss hot topics in the field and share their experiences on all aspects of Toxicology and Applied Pharmacology.

The TOXI2023 will be a 3 days event that means to gather the key players of the Biomaterials and Applications community and related sectors. This event is launched with the aims to become an established event, attracting global participants, intent on sharing, exchanging and exploring new avenues of Toxicology and Applied Pharmacology.

A wide-ranging scientific program consisting of plenary lectures, keynote lectures, Invited lectures, parallel sessions, as well as poster sessions for young scientists covering all topics in Biomaterials and Applications will be scheduled. This conference provides a wonderful opportunity for you to enhance your knowledge about the newest interdisciplinary approaches in Toxicology and Applied Pharmacology.

Moreover, the conference offers a valuable platform to create new contacts in the field of Toxicology and Applied Pharmacology. By  providing valuable networking time for you to meet great personnel in the field.

We look forward to seeing you at TOXI2023 in Lisbon, Portugal. 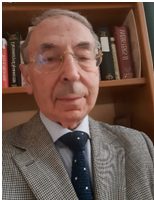 V.Tsetlin has got Ph.D. and D. Sci. degrees in chemistry (1973, 1987) at the Shemyakin-Ovchinnikov Institute; now he is a Head of the Department of Molecular Neuroimmune Signaling. Professor (1996) and corresponding member of the Russian Academy of Sciences (2006). The awards: Russian State Prize in Science and Technology (1985), the Humboldt Prize (1992), Shemyakin’s Prize (2010); invited scientist at the Uppsala University, Imperial College (London), Institute of Protein Research (Osaka), Free University ( Berlin). Member of the Advisory Board of FEBS J. (2000-2011), Editorial Board of Marine Drugs (2018-present)

Kate F. Barald received her Ph.D. in Cancer Biology, Immunology and Molecular Biology from the University of Wisconsin, Madison, USA. After NIH- and MDA- sponsored post-doctoral Fellowships at UCSD and Stanford, she joined the faculties of the School of Medicine and College of Engineering at the University of Michigan, where she is Professor emerita (Active). Her research in developmental & regenerative neuroscience, stem cell therapies for deafness (cochlear implant enhancement), cancer drug development (particularly Neurofibromatosis) has led to extensive publications and citation in Faculty of 1000. She has extensive editorial board and grant review service both within and beyond the USA.

If you’re dreaming about your next trip to Europe, come and discov...