It is a great pleasure to announce that The Scientistt will host the 2nd Global Summit on Public Health and Preventive Medicine (GSPHPM2023) will be held in Paris, France during June 22-24, 2023.

GSPHPM2023 aims to bring together the renowned researchers, scientists and scholars to exchange ideas, to present sophisticated research works and to discuss hot topics in the field and share their experiences on all aspects of Public Health and Preventive Medicine.

The GSPHPM2023 will be a 3 days event that means to gather the key players of the Public Health and Preventive Medicine community and related sectors. This event is launched with the aims to become an established event, attracting global participants, intent on sharing, exchanging and exploring new avenues of public health and preventive medicine-related scientific and commercial developments.

A wide-ranging scientific program consisting of plenary lectures, keynote lectures, Invited lectures, parallel sessions, as well as poster sessions for young scientists covering all topics in public health and preventive medicine will be scheduled. This conference provides a wonderful opportunity for you to enhance your knowledge about the newest interdisciplinary approaches in public health and preventive medicine.

Moreover, the conference offers a valuable platform to create new contacts in the field of public health and preventive medicine, by providing valuable networking time for you to meet great personnel in the field.

We look forward to seeing you at GSPHPM2023 in Paris, France. 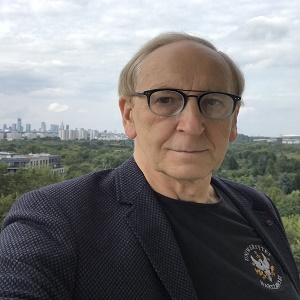 Yehuda Shoenfeld is the founder and former head of the Zabludowicz Center for Autoimmune Diseases, at the Sheba Medical Center, which is affiliated to the Sackler Faculty of Medicine in Tel-Aviv University, in Israel. Professor Shoenfeld is also the Incumbent of the Laura Schwarz-Kipp Chair for Research of Autoimmune Diseases at the Tel-Aviv University. Professor Shoenfeld’s clinical and scientific works focus on autoimmune and rheumatic diseases, and he has published more than 2280 papers in journals such as New Eng J Med, Nature, Lancet, Proc Nat Acad Scie, J Clin Invest, J Immunol, Blood, FASEB, J Exp Med, Circulation, Cancer and others. His articles have had over 83,000 citations. His Scopus h-index is 125. He has written more than 350 chapters in books, and has authored and edited 40 books, some of which became cornerstones in science and clinical practice, such as "The Mosaic of Autoimmunity", "Infections and Autoimmunity" and the textbook "Autoantibodies" and "Diagnostic criteria of autoimmune diseases", all of which were published by Elsevier and sold thousands of copies. Professor Shoenfeldis on the editorial boards of 43 journals in the field of rheumatology and autoimmunity and is the founder and the editor of the IMAJ (Israel Medical Association Journal) the representative journal of science and medicine in the English language in Israel, and also is the founder and Editor of Autoimmunity Reviews (Elsevier) (Impact factor 9.975) and co-Editor of the Journal of Autoimmunity (Impact factor 7.094). For the last twenty years Professor Shoenfeld has been the Editor of “Harefuah” – The Israel journal in medicine (Hebrew). Professor Shoenfeld received the EULAR prize in 2005, in Vienna, Austria: "The infectious etiologyof anti-phospholipid syndrome", and received a gold medal from the Slovak Society of Physicians for his contribution to Israel – Slovakia collaboration (March 2006). He is also an honorary member of the Hungarian Association of Rheumatology and the Royal Society of Physicians (UK). In UC Davis, USA, Professor Shoenfeld received the Nelson's Prize for Humanity and Science for 2008. In 2009 he was honoured as Doctoris Honoris Causa, from Debrecen University (Hungary) and Hasselt University in Belgium (2018), and from 2009 he is honorary member of the Slovenian National Academy of Sciences. He was recently awarded a Life Contribution Prize in Internal Medicine in Israel, 2012 as well as the ACR Master Award in 2013.In 2018 he was elected to the Israeli Academy of Sciences.In 2021 he was nominated as a President of Ariel University in Israel, Professor Shoenfeld has educated a long list of students with >55 becoming heads of departments and institutes.

Paolo’s research interests are in the economics of health promotion, particularly system-level policy and environmental interventions to promote physical activity and reduce obesity in the general population. Paolo was awarded his PhD in Health Economics in 2019 by the University of Leeds (UK). His PhD studies focused on the decision-analytic modelling for economic evaluation and health equity impacts of universal programmes to promote healthy behaviors. Following a three-year Post DOc at the Health Economics Research Centre, University of Oxford, Paolo joined the new Centre for Economics of Obesity at the University of Birmingham where he currently leads the Active Travel and Economic Modelling workstreams.

Paris is one of the most beautiful cities in the world. It has a reputation of being a romantic and cultural city. It is a beautiful and cultural city, very walkable, with great sights, and it has been a source of inspiration for many writers, artists, and filmmakers.  Paris is the ideal destination for pre and post conference day-trips.