On behalf of the organizing and program committees, I am honored to invite you to the “2nd Global Summit on Nanomaterials: Applications and Properties” which will be held in Rome, Italy on March 20-22, 2023.

Research on Materials is fundamental to any kind of application. Properties of Nanomaterials are governed not only by chemical composition but additionally by quantum mechanics. Thus applications previously not thinkable appear on the horizon.

The aims and objectives of this unique Summit are thus to present the most recent developments in the vertically integrated fields from growth via characterization to applications. Insight into the latest results on research and technology in these fields from leading researchers throughout the world will be gained.

The theme of the Summit reflects our willingness and enthusiasm to offer a truly innovative and imaginative Program whilst presenting an attractive keynote and invited lectures and contributed sessions with well-balanced input from academia and industry. The summit will provide the ideal forum to stimulate ideas and establish collaborations as well as to initiate intense discussions to start cooperation projects for this decade.

In addition to the intellectual pursuits and professional engagements provided by the conference, I hope you have a good time to renew old friendships, forge new ones, and enjoy the lively cosmopolitan city of Rome. I wish your participation at this conference will bring you both valuable professional growth and treasured personal memories to Rome. 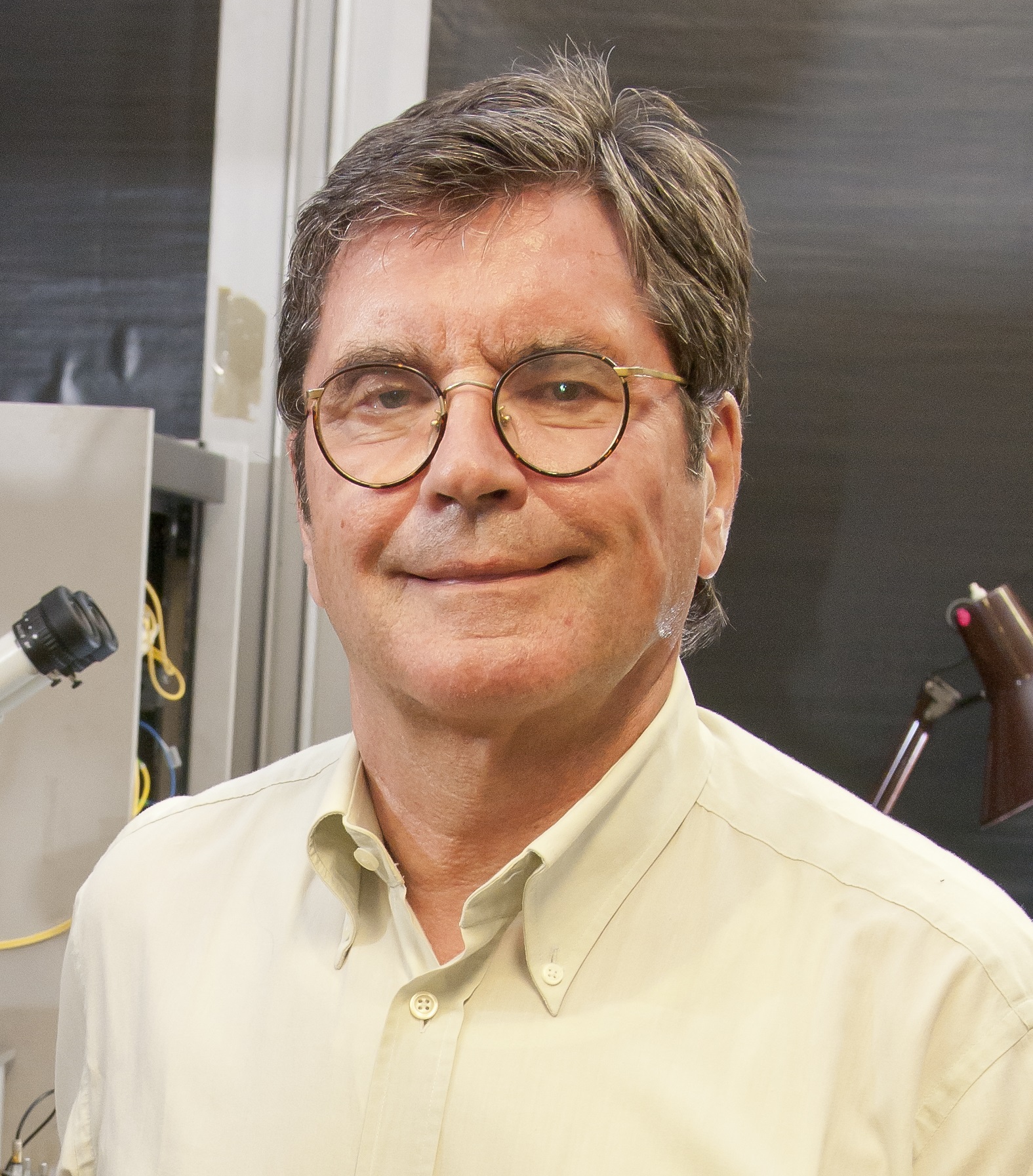 Prof. Dr. Dr. h.c. mult. Dieter Bimberg received the Ph.D. magna cum laude from Goethe University, Frankfurt, Germany. He held a Principal Scientist position at the Max Planck Institute for Solid State Research, Grenoble, France, until 1979. After serving as a Professor of electrical engineering, Technical University of Aachen, Germany, he assumed the Chair of Applied Solid-State Physics at the Technical University of Berlin. He is the Founding Director of its Center of NanoPhotonics. He was holding guest professorships at the Technion, Haifa, U.C. Santa Barbara, CA, USA, and at Hewlett-Packard in Palo Alto, CA. He was a Distinguished Adjunct Professor at KAU, Jeddah 2012-2018. In 2018 he assumed the directorship of the “Bimberg Chinese German Center for Green Photonics” at the Changchun Institute of Optics, Fine Mechanics and Physics of the Chinese Academy of Sciences. He is a member of the German Academy of Sciences Leopoldina, the EU Academy of Sciences, a Foreign Member of the Russian Academy of Sciences, the US Academies of Engineering and of Inventors, a Life Fellow of the American Physical Society and the Institute of Electrical and Electronics Engineers, IEEE and an honorary member of the Ioffe Institute of the RAS. He is a recipient of multiple international awards, like the UNESCO Nanoscience Award, the Max-Born Award and Medal of IoP and DPG, the Heinrich-Welker-Award, the Nick Holonyak Jr. Award, the Oyo Buturiand MOC Awards of the Japanese Society of Applied Physics, the Jun-Ichi Nishizawa Medal and Award of IEEE, the Stern-Gerlach Award of DPGto mention a few. He received honorary doctorates from the University of Lancaster, UK, and the St.Petersburg Academic University of the Russian Academy of Sciences. He has authored more than 1600 papers, 71 patents and applications, and six books. The number of times his research works have been cited exceeds 68,000 and his Hirsch factor is 113 (@ Google Scholar). His research interests include physics and technology of nanostructures, nanostructured photonic and electronic devices, and energy-efficient data communication. 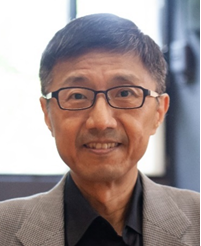 Eric Wei-Guang Diau started his research in 2001 in Department of Applied Chemistry, National Chiao Tung University (NCTU), Taiwan. His current research is focusing on the developments of novel lead-free perovskites, perovskite nanocrystals and other functional materials for applications in photovoltaics, photocatalysis, light emitting diode, display, and so on. He received “Sun Yat Sen Academic Award” in 2014, “MOST Outstanding Research Award” in 2018, “17th Yu-Ziang Science Paper Award” in 2019 and “MOE Academic Award” in 2021. He has published over 224 peer-reviewed SCI papers with H-index 68. He is currently Distinguished Professor at National Yang Ming Chiao Tung University (NYCU). 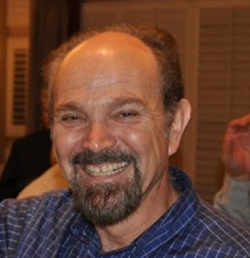 Dr. Dimitris Argyropoulos is a Professor of Chemistry at North Carolina State University, USA. He has also served as a Finland Distinguished Professor of Chemistry with the department of Chemistry of the University of Helsinki, Finland, and Distinguished Visiting Professor with the Center for Advanced Materials and the Department of Chemistry of King Abdulaziz University, Jeddah, Saudi Arabia. Professor Argyropoulos’s research team is internationally recognized for his leading contributions to Green Chemistry using cellulose and lignin wood-based polymers. His work focuses on promoting our understanding of the structure and reactivity of such polymers and the development of novel NMR and material science techniques for the structural elucidation and upgrading of these biopolymers. The efforts of his research group have been disseminated in excess of 200 scientific papers, numerous scientific conferences invited presentations, and patents. Professor Argyropoulos is a fellow of the Royal Society of Chemistry, International Academy of Wood Science and the Chemical Institute of Canada 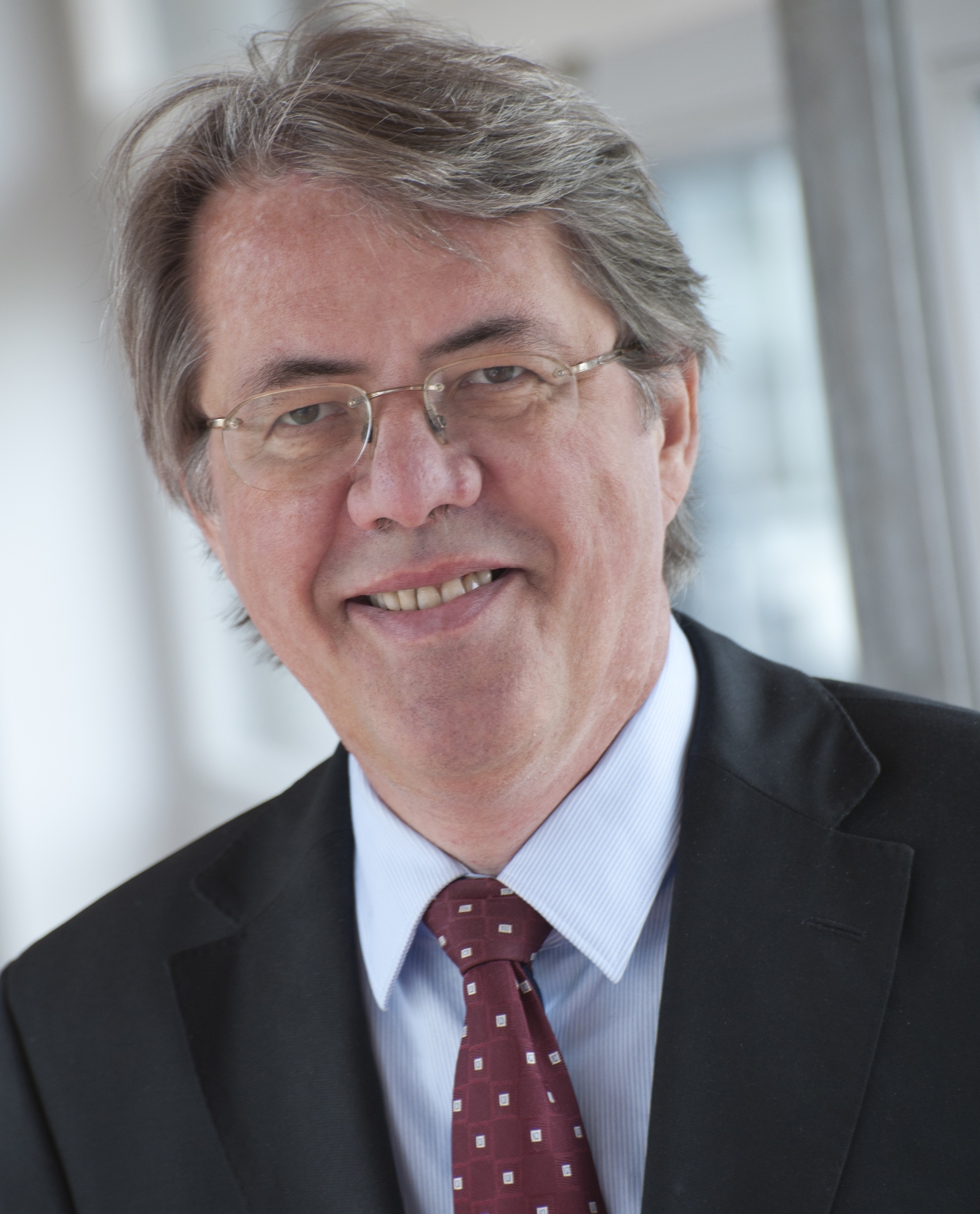 Prof. Hans Fecht is Chair Professor in the faculty of engineering science, computer science, and psychology at Ulm University, Germany, and the Director of the Institute of Functional Nanosystems. He is also the office director for Eureka Cluster Metallurgy Europe, an international non-profit organization, since 2015. Prof. Dr. Fecht has published over 500 scientific papers. He has served as the European editor for the Journal of Nanoscience and Nanotechnology, and the regional editor for the American Journal of Nanotechnology, and the associate editor for the International Journal of Theoretical and Applied Nanotechnology. An elected fellow and member of the Max Kade Gesellschaft in New York, Dr. Fecht is also a Member of the European Academy of Sciences and Arts. In 1998, he was awarded a G.W. Leibniz Award from the German ResearchFoundation. 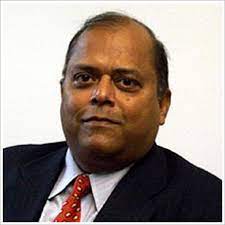 Ramesh K Agarwal is the William Palm Professor of Engineering at Washington University in St Louis from 1994 to 2001, he was the Sam Bloomfield Distinguished Professor and Executive Director of the National Institute for Aviation Research at Wichita State University in Kansas. From 1978 to 1994, he worked in various scientific and managerial positions at McDonnell Douglas Research Laboratories in St Louis. He became the Program Director and McDonnell Douglas Fellow in 1990. He received Ph.D. in Aeronautical Sciences from Stanford University in 1975, MS in Aeronautical Engineering from the University of Minnesota in 1969, and BS in Mechanical Engineering from the Indian Institute of Technology, Kharagpur, India in 1968. He is the author and co-author of over 600 publications and serves on the editorial board of 20+ journals. He has given many plenary, keynote, and invited lectures at various national and international conferences worldwide. He is a Fellow of AAAS, ASME, AIAA, IEEE, SAE, and SME. 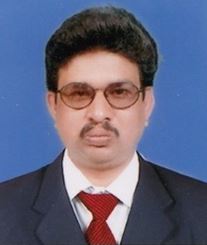 Dr. Ramphal Sharma is serving the Department of Physics as a Professor since 2009 at Dr. Babasaheb Ambedkar Marathwada University, Aurangabad. He joined as an associate professor in 2006 and was promoted in 2009. After his Ph.D., he joined North Maharashtra University-affiliated with G. T. Patil College, Nandurbar, India as a lecturer in Physics and was elevated to Senior lecturer in 1996. Further, he was promoted to Reader and Associate Professor of Physics in 2000. Also, he initiated and headed the Department of Nanotechnology, Dr. B. A. M. University. Aurangabad, India from May 2006 to Aug 2019 and is still performing his duty as a professor dynamically. He was awarded as Distinguished HOD and Research Professor(2016-17). Acquired fellowships include JRF-SRF(DRDO Project, University of Rajasthan), Post Doctorate Fellowship (ICTP, Tril), and Brain Pool Fellow(Hanyang University Seoul, South Korea). The list of publications(National and International)comprises 140-peer-reviewed Journals and 93-Conference proceedings.His logistics include 3256 citations, an h-index-30, and i10- index-68.His research interest is in the field of material science and nanotechnology such as designing practical solar cells for direct society use, metal oxide thin films for sensor applications, low-temperature supercapacitors, chalcogenide nanocomposites for lithium and sodium batteries, and photocatalytic degradation. Until now, 27 students had the fortune of getting their Ph.D. under his guidance, 2 students had got the chance of getting their M.Phil, and 1 student has been awarded PDF with 05 Indian and 3 Foreigners working for Ph.D. at present. His research work has led him to explore countries like South Korea and Italy.

Rome has just about the richest, fullest history of any town on earth, thanks to its unique position in the world’s greatest Empire, its significance as a religious and cultural centre, its turbulent centuries of aristocratic and papal rivalries and upheaval and along the way acquiring some of the finest art and architecture to survive from the last two thousand years.

Everywhere it is possible to find treasures of incomparable beauty made of squares, palaces, alleys, churches and fountains. It would be very hard to introduce all the tourist attractions that Roma has to offer. The historic center of Roma is one of the bigg... 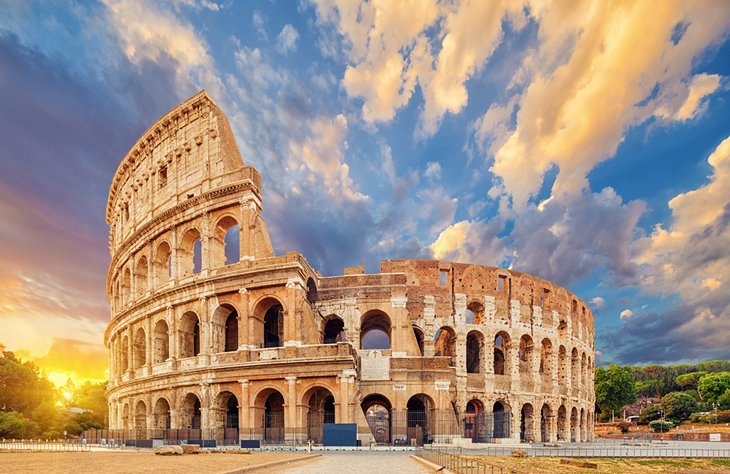