It is a great pleasure to announce that The Scientistt will host the 3rd Global Summit and Expo on Condensed Matter Physics (CONMAT2023) will be held in Lisbon, Portugal during September 18-20, 2023

CONMAT2023 aims to bring together the renowned researchers, scientists and scholars to exchange ideas, to present sophisticated research works and to discuss hot topics in the field and share their experiences on all aspects of Condensed Matter Physics.

The CONMAT2023 will be a 3 days event that means to gather the key players of the Condensed Matter Physics community and related sectors. This event is launched with the aims to become an established event, attracting global participants, intent on sharing, exchanging and exploring new avenues of Condensed Matter Physics-related scientific and commercial developments.

A wide-ranging scientific program consisting of plenary lectures, keynote lectures, Invited lectures, parallel sessions, as well as poster sessions for young scientists covering all topics in Condensed Matter Physics will be scheduled. This conference provides a wonderful opportunity for you to enhance your knowledge about the newest interdisciplinary approaches in Condensed Matter Physics.

Moreover, the conference offers a valuable platform to create new contacts in the field of Condensed Matter Physics, by providing valuable networking time for you to meet great personnel in the field.

We look forward to seeing you at CONMAT2023 in Lisbon, Portugal. 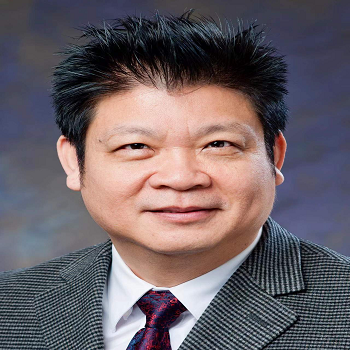 Professor Kim Meow Liew is Member of Academia Europaea (MAE) and Fellow of Hong Kong Academy of Engineering Sciences. Currently, he is the Dean of Graduate Studies, Founding Director of Center for Nature-Inspired Engineering, Yeung Kin Man Chair Professor of Sustainable Engineering and Chair Professor of Civil Engineering in City University of Hong Kong. Professor Liew is the Editor-in-Chief of International Review of Civil Engineering. He was a tenured Full Professor at Nanyang Technological University (Singapore), and the Founding Director of Nanyang Center for Supercomputing and Visualization (Singapore). Over his academic career, he has authored/co-authored over 850 journal articles. Professor Liew is listed by (1) the Institute for Scientific Information (ISI) as a Highly Cited Researcher in Engineering (since 2001), and (2) the Clarivate Analytics as the 2018 Highly Cited Researcher in Engineering, and 2019, 2020 and 2021 Highly Cited Researcher in Cross-Field Research. His publications have been cited over 48,000 times and achieved an h-index of 106. Professor Liew is ranked the top 2% most highly cited scientists and ranked #1 in Asia in Computational Mathematics in a published report released by Stanford University. 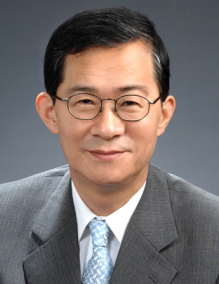 YoungPak Lee received his B. S. degree from Seoul National Univ., Korea, in 1975, and the Ph.D. degree in experimental condensed-matter physics in 1987 from Iowa State Univ., U. S. A. His research has involved study on magneto-optical, magnetic, optical and transport properties, and electronic structures of thin films and nanostructures, characterization of the surfaces and interfaces of thin films including multilayers, and so forth since his Ph. D. degree. After many careers in U. S. A., Japan, Germany, China and Korea, he is now formerPresident of the Korean Physical Society and Distinguished Prof., Physics Dept. of Hanyang Univ., and Distinguished Prof., Dept. of Optical Science and Engineering of Fudan University, China. Prof. Lee is also Fellow(former Physics Chair) of Korea Academy of Science and Technology, Series Editor for “Topics in Applied Physics” of Springer Publishing Co., and Editorial Board Member of “Journal of Electromagnetic Waves and Application.” He has published 738 SCI papers with an h-index of 65 as of May 2022. His current investigations include metamaterials and magnetic photonic crystals, multiferroic systems, and nanoscopic investigation of morphology and magnetic domain.He has received tens of academic awards including Sungbong Physics Award (the highest-level Award from the Korean Physical Society) and Korean National Order of Science and Technology Merit. 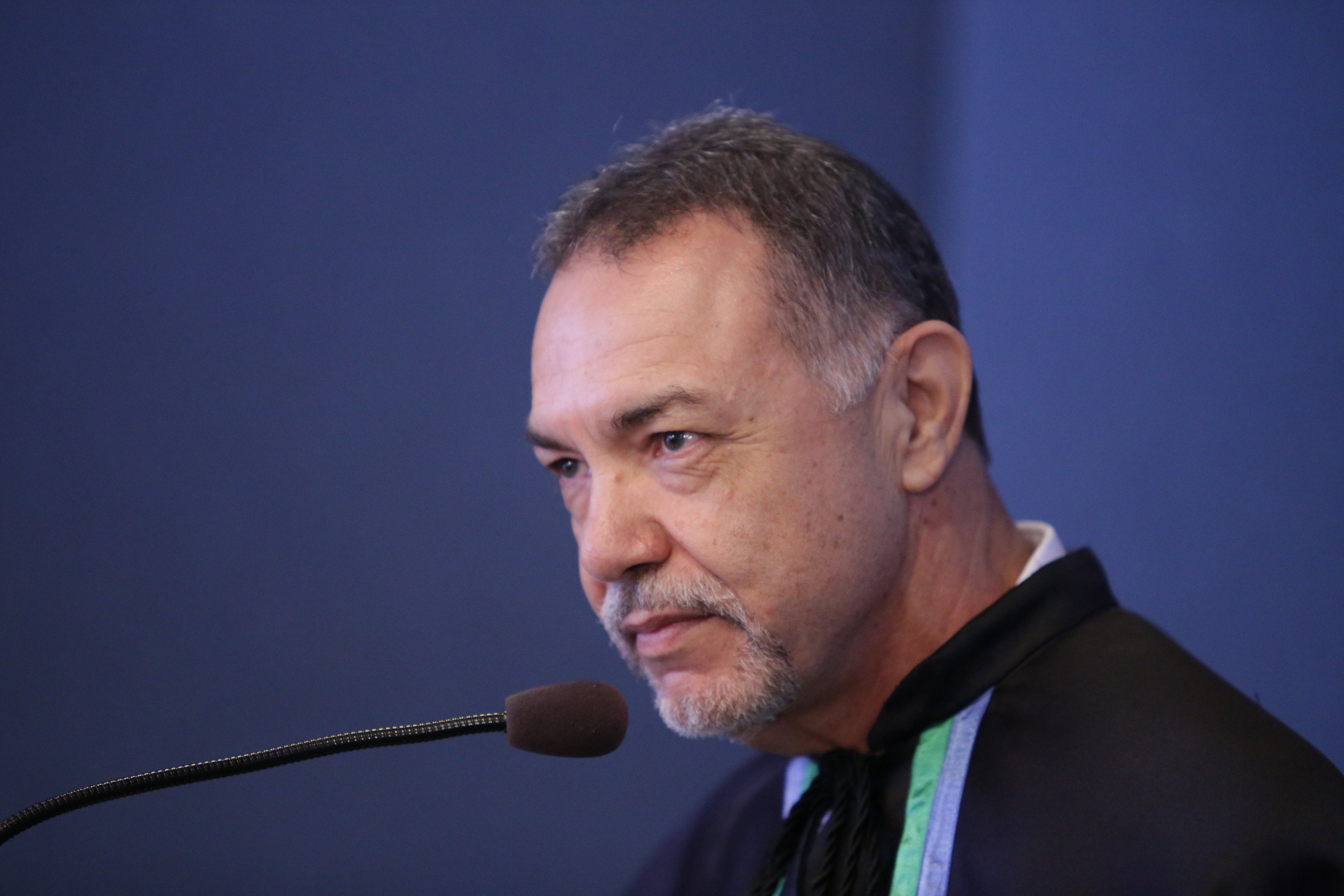 Paulo C. DE MORAIS, PhD, was full Professor of Physics at the University of Brasilia (UnB) – Brazil up to 2013, Appointed as UnB’s Emeritus Professor (2014), Appointed as Guest Professor of Huazhong University of Science and Technology– China (2011), Visiting Professor at Huazhong University of Science and Technology (HUST) – China (2012-2015), Appointed as Distinguished Professor at Anhui University (AHU) – China (2016-2019), Appointed as Full Professor at Catholic University of Brasília (UCB) – Brazil (2018), Appointed as CNPq-1A Research Fellowship since 2010, 2007 Master Research Prize from UnB, 2008-member of the European ERA NET Nanoscience Committee, Member of the IEEE-Magnetic Society Technical Committee, Senior Member of the IEEE Society, 2012 China’s 1000 Foreign Expert Recipient, and 2012 Academic Excellence Award from Brazilian Professor’s Union. He held two-years (1987-1988) post-doc position with Bell Communications Research – New Jersey, USA and received his Doctoral degree in Solid State Physics (1986) from the Federal University of Minas Gerais – Brazil. He graduated in both Chemistry (1976) and Physics (1977) at UnB.ProfessorMorais is member of the Brazilian Physical Society and the Institute of Electrical and Electronics Engineers – IEEE. He has served as referee for more than 50 technical journals, takes part of the Editorial Board of more than 15 technical journals and has conducted research on nanomaterials for over 40 years. He has delivered more than 150 Invited Talks all over the World. He is known for his research in preparation, characterization and applications of nanosized materials (magnetic fluid, magnetoliposome, magnetic nanoemulsion, magnetic nanocapsule, magnetic nanofilm, magnetic nanocomposite, nanosized semiconductors, polymeric dots, carbon dots, and graphene quantum dots). With nearly 500 published papers in peer reviewed journals and 15 patents, he has appeared in recent World ranking of top 1% scientists, such as 2020-Stanford and 2022-Research.com. 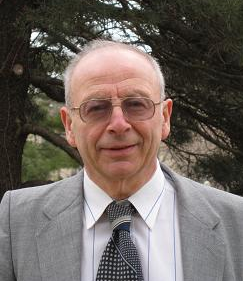 Alexander G. Ramm was born in Russia, emigrated to USA in 1979 and is a US citizen. He is Professor Emeritus of Mathematics with broad interests in analysis, scattering theory, inverse problems, theoretical physics, engineering, signal estimation, tomography, theoretical numerical analysis and applied mathematics. He is an author of 716 research papers, 20 research monographs and an editor of 3 books. He has lectured in many Universities throughout the world, gave more than 150 invited and plenary talks at various Conferences and had supervised 11 Ph.D students. He was Fulbright Research Professor in Israel and Ukraine; distinguished visiting professor in Mexico and Egypt; Mercator Professor in Germany; Research Professorin France; invited plenary speaker at the 7-th PACOM; he won Khwarizmi international award in 2004 and received other honors. A.G.Ramm was the first to prove uniqueness of the solution to inverse scattering problems with fixed-energy scattering data; the first to prove uniqueness of the solution to inverse scattering problems with non-over-determined scattering data and the first to study inverse scattering problems with under-determined scattering data. He solved many specific inverse problems and developed new methods and ideas in the area of inverse scattering problems. He introduced the notion of Property C for a pair of differential operators and applied Property C for one-dimensional and multi-dimensional inverse scattering problems. A. G. Ramm solved many-body wave scattering problem when the bodies are small particles of arbitrary shapes, assuming that a  d  λ, where a is the characteristic size of small particles, d is the distance between neighboring particles, and λ is the wavelength in the material in which the small particles are embedded. Multiple scattering is essential under these assumptions. He used this theory to give a recipe for creating materials with a desired refraction coefficient and materials with a desired wave-focusing property. These results attracted attention of the scientists working in nanotechnology. A. G. Ramm gave formulas for the scattering amplitude for scalar and electromagnetic waves by small bodies of arbitrary shapes and formulas for the polarizability tensors for such bodies. A. G. Ramm gave a solution to the Pompeiu problem, proved the Schiffer’s conjecture and gave first symmetry results in harmonic analysis. A. G. Ramm has developed the Dynamical Systems Method (DSM) for solving linear and non-linear operator equations, especially ill-posed. A. G. Ramm developed a random fields estimation theory. A. G. Ramm has developed a theory of convolution equations with hyper-singular integrals. A. G. Ramm has introduced a wide class of domains with non-compact boundaries. He studied the spectral properties of the Schr¨ odinger’s operators in this class of domains and gave suffient conditions for the absence of eigenvalues on the continuous spectrum of these operators. A. G. Ramm has solved one of the millennium problems concerning the Navier-Stokes problem (NSP) and proved The NSP paradox, which shows the contradictory nature of the NSP and the non-existence of its solution on the interval t 2 [0; 1) for the initial data v0(x) 6≡ 0 and f(x; t) = 0. 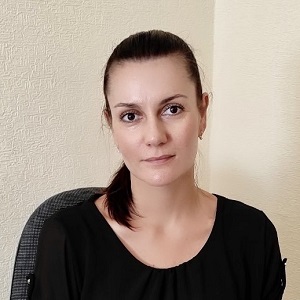 Head of laboratory, Institute of Magnetism, National Academy of Sciences of Ukraine, Ukraine

Anna Kosogor is Ph.D, Habilitated Doctor, Head of laboratory, Institute of Magnetism, National Academy of Sciences of Ukraine and Ministry of Education and Science of Ukraine. Her photo is in attachment:

If you’re dreaming about your next trip to Europe, come and discov...