Prof Sir Konstantin ‘Kostya’ Novoselov FRS is an expert in condensed matter physics, mesoscopic physics and nanotechnology, best known for isolating graphene in 2004. He was awarded the Nobel Prize for Physics in 2010 for his pioneering experiments with this material. Every year since 2014, Kostya Novoselov is included in the list of the most highly cited researchers in the world.

He graduated from the Moscow Institute of Physics and Technology, and undertook his PhD studies at the University of Nijmegen in the Netherlands before moving to The University of Manchester in 2001 and then to the National University of Singapore in 2019. Professor Novoselov has published more than 350 peer-reviewed research papers. He was awarded with numerous prizes, including Nicholas Kurti Prize (2007), International Union of Pure and Applied Science Prize (2008), MIT Technology Review young innovator (2008), Europhysics Prize (2008), Bragg Lecture Prize from the Union of Crystallography (2011), the Kohn Award Lecture (2012), Leverhulme Medal from the Royal Society (2013), Onsager medal (2014), Carbon medal (2016), Dalton medal (2016), Otto Warburg Prize (2019) among many others. He was knighted in the 2012 New Year Honours.

In 2007, Albert Fert and Peter Grünberg received the Nobel Prize in Physics for their discovery of the Giant Magnetoresistance (GMR) in 1988. The GMR has important applications as, for example, magnetic hard disks of highly increased information storage capacity. In addition, the discovery of GMR kicked off the development of spintronics, a new type of electronics exploiting the spin of the electrons for low power logic and memory devices. Fert and his team had significant contributions to the development of spintronics.

In the recent years, Albert Fert was one of the main pioneers of the research in the new and promising field of the magnetic skyrmions. His research today is mainly on skyrmions and on spintronic phenomena exploiting topology and spin-orbit interactions in low dimension systems (from topological insulator and Rashba interfaces to 2D magnets). Albert Fert is included in the list of the most highly cited researchers in the world. 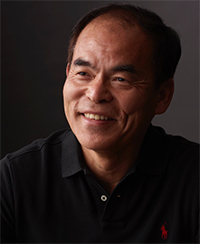 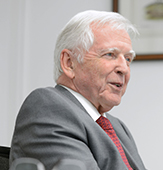