We are delighted to invite you to the Global Summit and Expo on "Robot Intelligence Technology and Applications (GSERITA-2020)”, which will be held in Lisbon, Portugal on September 01-02, 2020 organized by " The Scientistt " organization.

The objective of GSERITA-2020 is to provide a unique forum for discussion of the latest developments, refresh your knowledge and will offer plenty of networking opportunities, providing you a chance to meet and interact with leading researchers as well as most influential minds in the field of advanced technologies of Robot Intelligence and Smart Applications.

The conference has an overall goal of Making Connections, with major scientific themes of recent trends in Knowledge Engineering, Intelligent Healthcare Systems, Computational Intelligence and Machine Learning , Big Data Analytics and Artificial Intelligence(AI) Paradigms  . In addition, the conference will provide a number of networking opportunities to help establish connections for early Robot scientists and AI scientists across the globe.

GSERITA-2020 will be available to discuss with you the latest issues and innovations in unveiling the emerging research for delivering effective Robotic Intelligence Technologies and Smart Applications in all domains. We invite you to attend an exciting scientific program comprising a distinguished plenary and keynote talks, several invited talks, oral presentations multiple poster sessions, sponsored luncheons, and networking events.

If you’re dreaming about your next trip to Europe, come and discover Lisbon, a historical city full of stories to tell, where the sun shines 290 days a year and the temperature rarely drops below 15oC.Discover Lisbon, a city full of authenticity where old customs and ancient history intermix with cultural entertainment and hi-tech innovation. After all, Lisbon is famous for its hospitality and the family-like way it welcomes visitors.

On behalf of the Scientific Organizing Committee and The Scientists we are excited to invite you to GSERITA-2020 – we are looking forward to welcoming you to Lisbon , the mainland Europe's westernmost capital city this September. 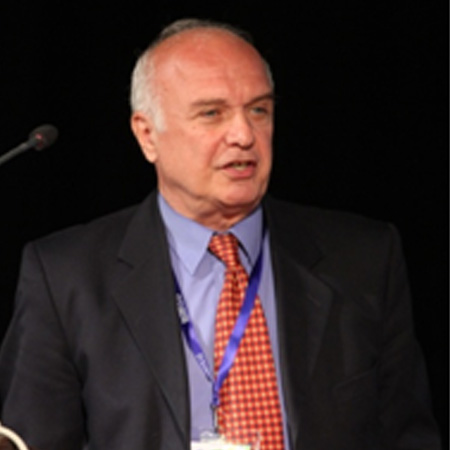 A Professor, Doctor of Sciences and Dr.-Eng. Paata J. Kervalishvili (born - 1949) is Professor at the Department of Physics within Georgian Technical University, as well as Professor of faculty of exact and natural sciences of Tbilisi State University. From 1970 until 1992 Prof. Kervalishvili was researcher and Director in different research and technology centers within the Middle Machinery Ministry (State Committee for Atomic Energy) of former USSR main body of the Soviet atomic energy and weapon industry (Institute of Stable Isotopes, The Soviet State institute of Rare Metals, Sukhumi Physical-Technical Institute, I. Kurchatov Institute of Atomic Energy) In 1994 – 1999, after one year in Parliament of Georgia he worked in Government of Georgia (as Secretary of State in the State Committee for Science and Technology, Assistant to President of the State in Science and Technology) A condensed matter physicist with Technical University Diploma, Dr. Kervalishvili has served in several directions of physics and technology such as: condensed matter, molecular and quantum physics, nuclear and laser technologies, novel materials, sensory systems, energy and information technologies. He is author of more than 450 scientific publications, books, manuals, and inventions and among them scientific bestsellers published by IOS Press, Pergamon Press, Springer. Prof. Kervalishvili is a member of more than 10 top level academies and research councils and among them: full member of American, European, Russian and Georgian scientific academies, Georgian Engineering academy and other distinguish organizations. Currently he is the President of Georgian Academy of Natural Sciences and President of Euro Mediterranean Academy of Arts and Sciences. Dr. Kervalishvili received more than 20 prestigious prizes and state orders and among them USSR, Georgia, Germany, Italy, different public organizations, scientific academies and universities (USA, Greece, Russia, Turkey, Romania, etc.) As a Director and coordinator of several (more than 90) World Bank, EU, ISTC, etc. projects and Chairman of International Forums and Conferences (more than 60), as well as Professor of some well known European and American Universities he has the wide international experience. P. Kervalishvili received his B.S. and M.S. in engineering physics from Georgian Technical University. The Soviet State institute of Rare Metals awarded him the title of Ph. D., and Dr.-Eng. in 1979, and Soviet atomic centre “Kurchatov Institute” – degree of Doctor of physics and mathematics (1985). He got USSR Professor State title in 1989. 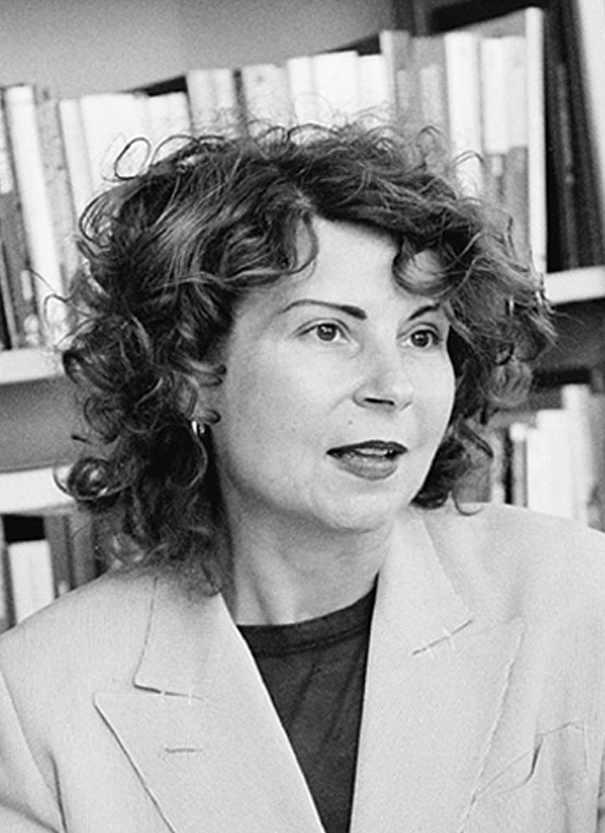 Dr. Anna Maria Di Sciullo is Director of the Interface Asymmetry Lab and Professor at the Department of Linguistics of the University of Quebec in Montreal. Her areas of research are Theoretical Linguistics, Computational Linguistics and Biolinguistics. Since 1998, she has directed Major Collaborative Research Initiatives on natural language asymmetries, highly funded by the Social Sciences and Humanities Research Council of Canada and by the Fonds de recherche du QuÃ©bec. Dr. Anna Maria Di Sciullo's contributions to Theoretical Linguistics are centered on asymmetry as a cornerstone of the Language Faculty. Her research on the asymmetry of morphological relations provides a further understanding of the regularity of form and interpretation in word structure. Her publications include two MIT Press books on the centrality of asymmetrical relations in morpho-syntax.Her work in Computational Linguistics led to the formulation of the Asymmetry Recovering Parser, generating deterministic parses for linguistic expressions. She also developed a search engine sensitive to asymmetric relations, as well as a semantic mining system based on syntactic asymmetries and semantic compositionality.Her contributions to Biolinguistics target the sensitivity of the human brain to morpho-syntactic asymmetries as well as the role of experience on morpho-syntactic variation. In addition to her publications in Brain and Language and BMC Evolutionary Biology, she published in 2017 four volumes on Biolinguistics, Critical concepts in Linguistics covering major contributions in the field.In 2004 she founded the Federation on Natural Language Processing, bringing together main actors in the area of theoretical linguistics, computational linguistics and information technology, in 2007 she founded the International Network on Biolinguistics bridging Biology, Linguistics and Computer Sciences. She has received numerous distinctions and awards, including the following. She has been elected Fellow of the Royal Society of Canada in 1999, recipient of the Research Award of the Board of Directors of the University of Quebec in 2001, visiting scholar positions at Harvard and MIT in 2012, recipient of the AndrÃ© Laurendeau award in Human Sciences in 2016, and recently nominated for the Governor General of Canada innovation award. 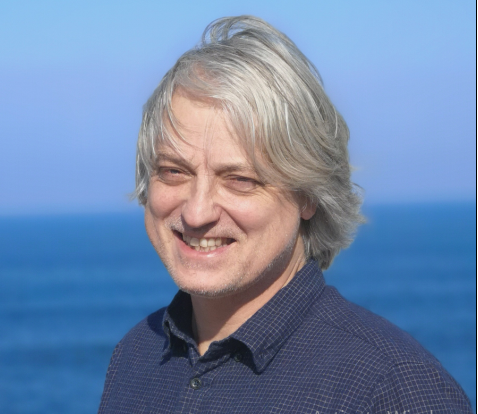 My research began as an investigation of neural computing for pattern recognition and data mining, and progressed into the field of cognitive science and AI in inclusive education. My specific research areas include diagnostic feedback in virtual learning environments, inclusive highly skilled employment, and neural computing for data mining. Throughout my career I have promoted the links between universities, employers and industry, and have been the academic lead on many collaborative projects, including knowledge transfer projects, two of which were judged ‘outstanding’ by the Technology Strategy Board/ Innovate UK. I have supervised 18 PhD students, who are now professors, academics and leading researchers in industry. I was the Editor of the Elsevier journal Trends in Cognitive Sciences for two years and have published circa 100 research articles. My international business development leadership experience includes the establishment of the first UK degrees to be delivered in Nepal, where London Metropolitan University now has around 2000 students. As pro vice chancellor at London Metropolitan University I led the initiative, involving 1000s of students and 100 or so courses, to introduce work related learning to all undergraduate degrees across the university, and oversaw the increase of highly skilled employment to 80%, and overall employment to 96.7% in a student population that is predominantly areas of deprivation with no family history of higher education. I also led on research and enterprise at London Met, including chairing the 2014 REF submission which led to the university climbing 11 places in the GPA REF rankings; and the enterprise strategy which included the Accelerator incubator which houses 30 technology start-ups and helps them to raise £ms of investment. My work as PVC at London Metropolitan was cited by the then vice chancellor as a ‘spectacularly successful focus on graduate employment led by Professor Dominic Palmer-Brown’ in ‘A University Turnaround: Adaptive Leadership at London Metropolitan University, 2014 to 2018 John Raftery HEPI 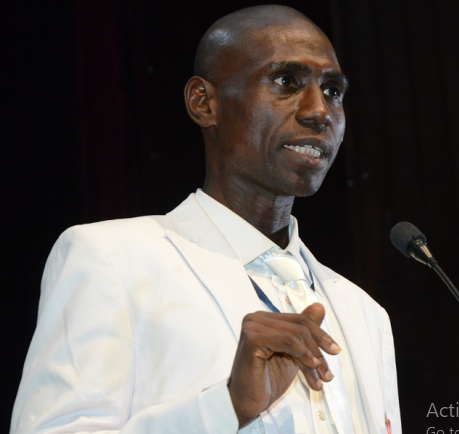 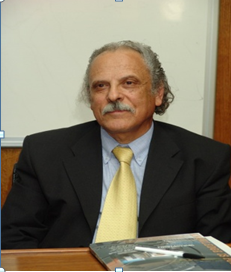 Abdel-Badeeh M.Salem is a full Professor of Computer Science since1989 at Ain Shams University, Egypt. His research includes biomedical informatics, big data analytics, intelligent education and learning systems, information mining, knowledge engineering and Biometrics. Founder of the Artificial Intelligence and Knowledge Engineering Research Labs, Ain Sham University, Egypt& Chairman of Working Group on Bio-Medical Informatics, ISfTeH, Belgium He has published around 550 papers (105 of them in Scopus). He has been involved in more than 600 Int Confs and Workshops as; a keynote and plenary speaker, member of Program Committees , Workshop/ Session organizer , Session Chair and Tutorials.. In addition he was a member of many Int societies. In addition he is a member of the Editorial Board of 50 Int and national Journals. Also, He is member of many Int. Scientific Societies and associations, elected member of Euro Mediterranean Academy of Arts and Sciences, Greece. Member of Alma Mater Europaea of the European Academy of Sciences and Arts, Belgrade and European Academy of Sciences and Arts, Austria 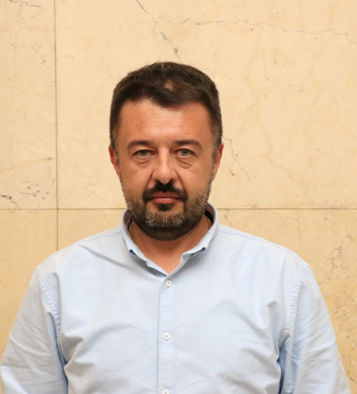 University of Kragujevac
Republic of Serbia 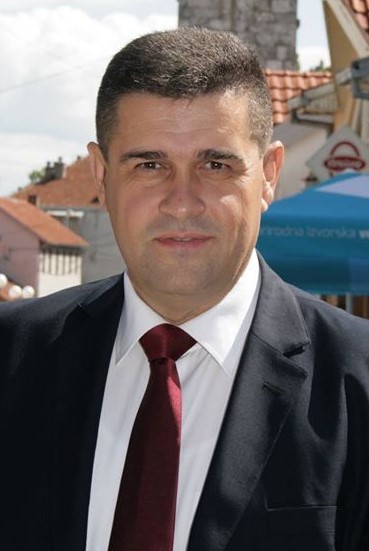 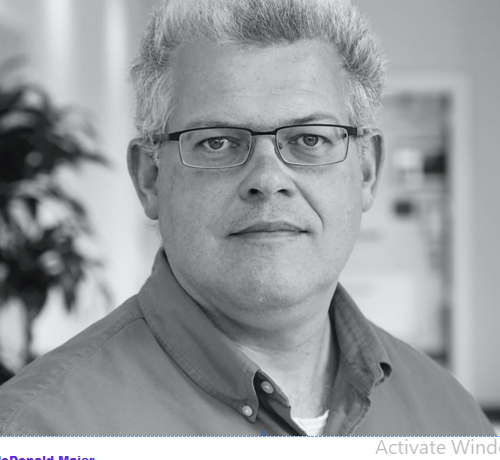 Prof. Klaus McDonald-Maier is the Head of the Embedded and Intelligent Systems Research Laboratory at the University of Essex. He is undertaking multidisciplinary research in the areas of embedded systems and IoT, healthcare and autonomous robotics, big data analytics and image processing. He is a visiting research affiliate at Caltech’s NASA JPL and a visiting Professor at the Universtiy of Kent. He has successfully led, managed and contributed to a number of large industrial, EPSRC, ESRC and EU funded research projects (such as the UK ESRC Human Rights, Big Data and Technology project and the UK EPSRC National Centre for Nuclear Robotics). He has delivered significant impact for the UK from EPSRC funded research with two successful startup companies UltraSoC Technologies and Metrarc. He is a Senior Member of the IEEE, member of the VDE and a Fellow of the IET.

If you’re dreaming about your next trip to Europe, come and discover Lisbon, a historical city full of stories to tell, where the sun shines 290 days a year and the temperature rarely drops below 15oC. A city where you feel safe wandering around day or night, where the cuisine is dedicated to creating over a thousand ways to cook the beloved bacalhau (salted cod), and where you’ll find hotels and restaurants to suit every taste, budget and requirement. Discover Lisbon, a city full of authenticity where old customs and ancient history intermix with cultural entertainment and hi-tech innovation. Lisbon is ageless, but it lov...Read More 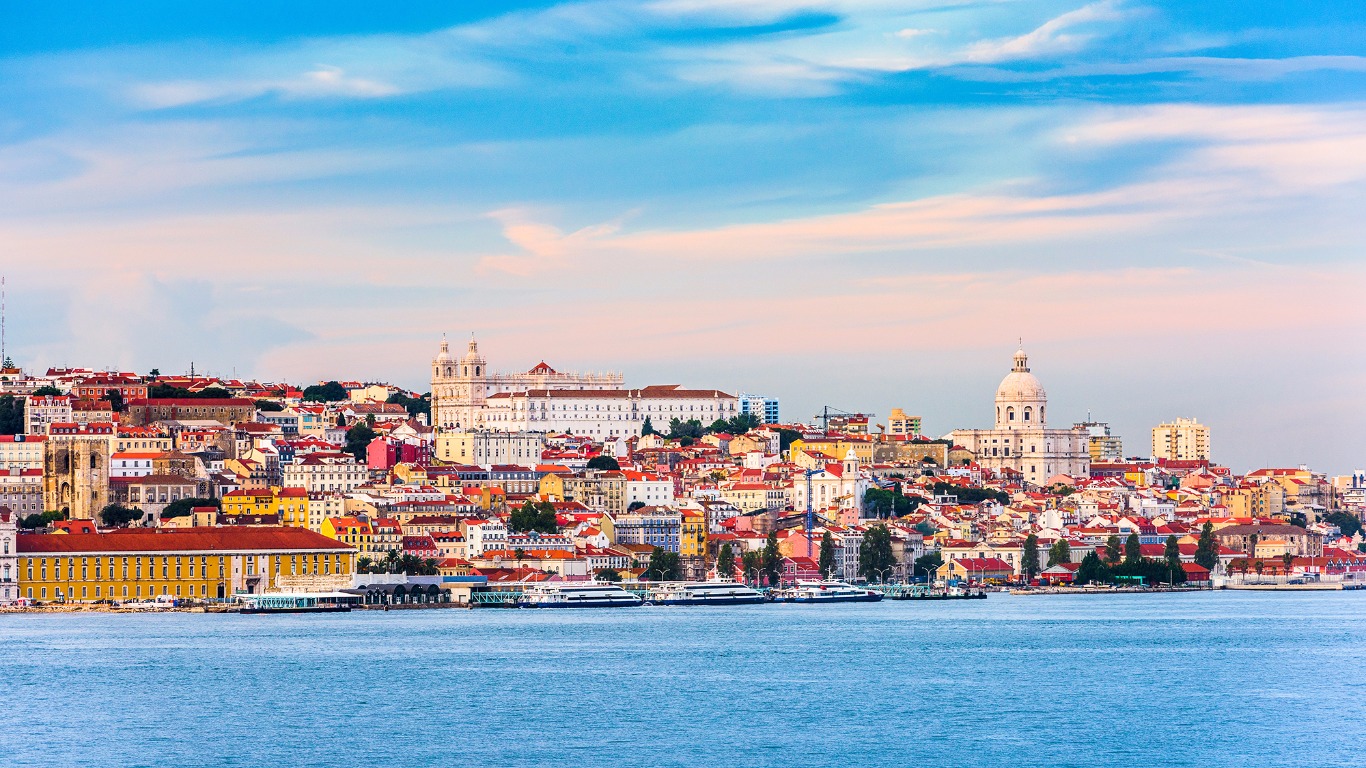