We cordially invite you to join Global Summit on Renewable Energy and Environment(RENEWABLE2021) will be held in London, UK  during December 07-09, 2021.

Theme: "Renewable Energies for a Healthy and Sustainable Planet".

The RENEWABLE2021 aims to bring together the renowned researchers, scientists, and scholars to exchange ideas, to present sophisticated research works and to discuss hot topics in the field and share their experiences on all aspects of sustainable and renewable energy.

At RENEWABLE2021 ten distinguished plenary speakers and many renowned speakers will be invited from all over the world including many active female scientists. The main scope of the conference is to act as an international forum for the dissemination of knowledge, advancing the theoretical and practical considerations of this subject area.

With international renewable energy engineering researchers and practitioners participation from over 30 countries, the conference promises to be an excellent forum for learning and collaboration to enhance scientific understanding and advance knowledge and innovations in many fields of renewable energy and environment.

The conference is held annually since this year to provide platform for scholars and researchers from all over the world to exchange ideas.

We look forward to seeing you in London. 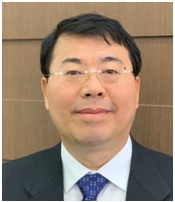 Wonyong Choi received B.S. from Seoul National University (Korea) in 1988, M.S. from POSTECH (Korea), and Ph.D. from CALTECH(USA) in 1996.He then worked at NASA Jet Propulsion Laboratory from 1996 to 1998 as a postdoctoral scholar. He joined POSTECH in 1998 as an assistant professor and became a full professor in 2008. His research interests are mainly focused on semiconductor photo(electro)catalysis and photochemistry for solar energy conversion and environmental applications, advanced oxidation processes, and environmental chemistry. Dr. Choi has published more than 315 articles which have been cited more than 42,000 times in scientific journals to date (H-index 89). He was appointed as Namgo Chair professor (POSTECH) in 2012, elected as Academician of Korean Academy of Science and Technology (KAST) and Fellow of Royal Society of Chemistry (FRSC) in 2014.He received Young Scientist Award (KAST) in 2005,KAST Science and Technology Award in 2015,Korea Engineering Award in 2018, Doosan Yonkang Environment Award in 2020, and was selected as Highly Cited Researcher by Clarivate Analytics in 2019 and 2020. He is currently serving as an editor-in-chief of ACS ES&T Engineering since Jan. 2020 and has served as an associate editor of Environmental Science & Technology (2017-2019) and an editor of Journal of Hazardous Materials (2008-2017).He has been also on the advisory board of Nature Sustainability (since 2020),Energy and Environmental Science (since 2008)and ACS Earth and Space Chemistry (since 2017).

Note: Exact Location of Conference will be updated as soon as possible

London is a leading global city. It is the world's largest financial centre alongside New York, and is home to the headquarters of more than 100 of Europe's 500 largest companies. It has the most international visitors of any city in the world.

One of the world's most visited cities, London has something for everyone: from history and culture to fine ...Read More