We are pleased to announce that the "2nd Global Summit on Electronics & Electrical Engineering (GSEEE2022)", which will be held on November 14-16, 2022 Chicago, USA, is a premiere and one of the highest level international academic conferences in the field of electronics and electrical engineering.

The objective of GSEEE2022 is to provide a unique forum for discussion of the latest developments, refresh your knowledge and will offer plenty of networking opportunities, providing you a chance to meet and interact with leading researchers as well as most influential minds in the field of electronics and electrical engineering.

The conference offers a diverse scientific program covers the latest, cutting-edge developments which can change the course of science to benefit the human society. The conference consists of excellent plenary talks, keynote talks, technical sessions and workshops along with industry tech talks. Leading experts get together in this international forum to present their research and share knowledge.

The Young Researchers Forum provides a great opportunity for PhD students and young postdocs to meet up in a friendly, informal and international atmosphere to discuss and exchange ideas, to get feedback on their work from leading scientists in the field.

We look forward to welcoming you to GSEEE2022 in Chicago, USA. 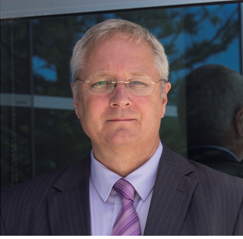 David J. Moss is Director of the Optical Sciences Centre at Swinburne University of Technology in Melbourne, Australia, since 2016. Before that he was with the University of Sydney and from 1998-2003 was a manager and senior scientist at JDS Uniphase in Ottawa Canada. He received his PhD from the University of Toronto in Physics and BSc from the University of Waterloo. He won the 2011 Australian Museum Eureka Science Prize and Google Australia Prize for Innovation in Computer Science. He is a Fellow of the IEEE Photonics Society, the Optical Society (Optica) and the International Photonics Society (SPIE). His research interests include integrated nonlinear optics, optical microcombs, quantum optics, microwave photonics, optical neural networks, optical networks and transmission, 2D materials including graphene oxide for nonlinear optics, optical signal processing, nanophotonics, biomedical optics, and other areas. 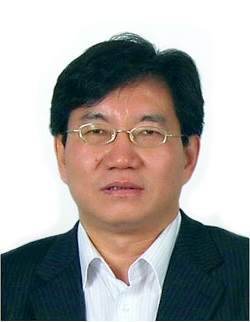 Professor Fushuan Wen received the B.E. and M.E. degrees from Tianjin University, Tianjin, China, in 1985 and 1988, respectively, and the Ph.D. degree from Zhejiang University, Hangzhou, China, in 1991, all in electrical engineering. He joined the faculty of Zhejiang University in 1991, and has been a full professor and the director of the Institute of Power Economics and Information since 1997, and the director of Zhejiang University-Insigma Joint Research Center for Smart Grids since 2010. He is now a Professor in Energy Systems at Tallinn University of Technology, taking leaves from Zhejiang University.He has been undertaking various teaching, research and visiting appointments in National University of Singapore (NSTB Postdoctoral Fellow, Research Fellow), Hong Kong Polytechnic University (Research Fellow, Visiting Assistant Professor), University of Hong Kong (Research Assistant Professor), South China University of Technology (University Distinguished Professor), University of New South Wales in Australia (ARC Project Senior Fellow, Senior Visiting Fellow), Queensland University of Technology in Australia (CSIRO and ARC Project Visiting Fellow), Brunei University of Technology (Professor in Power Systems), Technical University of Denmark (Otto Monsted Guest Professor in Power Systems), Nanyang Technological University in Singapore (Visiting Fellow), Murdoch University in Australia (Adjunct Professor), Hangzhou Dianzi University in China (Yusheng XUE Education Foundation Distinguished Professor), Commonwealth Scientific and Industrial Research Organization (CSIRO) in Australia (Honorary Visiting Scientist), Shenzhen Institute of Artificial Intelligence and Robotics for Society (Visiting Principal Research Fellow).His research interests include: 1) power economics and electricity markets; 2) power system investment, planning and operation optimization; 3) smart grids and electric vehicles; 4) power system alarm processing, fault diagnosis and system restoration; 5) artificial intelligence applications in power and integrated energy systems. He has published 200+ SCI-indexed papers, 650+ EI-indexed papers, and 720+ Scopus-indexed papers. His publications have been cited for 16000+ times. He has completed and is undertaking more than 170 grants and projects from governmental organizations and industry.
Prof Wen received many awards both at the national level and provincial level, including the most prestigious National Natural Science Award of China. He has been listed in "Most Cited Chinese Researchers" in six consecutive years since 2015 by Elsevier, and is the author of one of the China's 100 Most Influential Domestic Academic Papers in 2016.Prof Wen is the editor-in-chief of Energy Conversion and Economics (IET, Wiley), the deputy editor-in-chief of Journal of Automation of Electric Power Systems, an editor of IEEE Transactions on Power Systems and IEEE Power Engineering Letters, a subject editor in power system economics of IET Generation, Transmission and Distribution, an associate editor of Journal of Energy Engineering and Journal of Modern Power Systems and Clean Energy. He is also on the editorial boards of more than 10 journals.Prof Wen was the General Chairman of 2020 International Conference on Smart Grids and Energy Systems (SGES 2020), Nov. 23-26, 2020, Perth, Australia.Prof Wen was elected to IEEE Fellow for contributions to fault diagnosis in power grids in November, 2020. 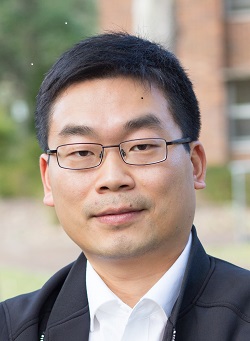 Zhiyong Chen received the B.E. degree from the University of Science and Technology of China, and the M.Phil. and Ph.D. degrees from the Chinese University of Hong Kong, in 2000, 2002 and 2005, respectively. He worked as a research associate at the University of Virginia during 2005-2006. He joined the University of Newcastle, Australia, in 2006, where he is currently a professor. He was also a Changjiang chair professor with Central South University, Changsha, China. His research interests include non-linear systems and control, biological systems, and multi-agent systems. He is/was an associate editor of Automatica, IEEE Transactions on Automatic Control and IEEE Transactions on Cybernetics. 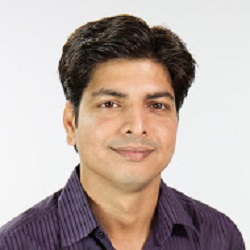 Dr Manoj Khandelwal is the Program Coordinator of mining engineering at Federation University and is an Australian Endeavour Fellow. Dr Khandelwal has more than a decade of research and academic teaching experience in Australia and India. Dr Khandelwal has been recognized as a leading expert in ‘Mining Geomechanics’ and ‘Rock Blasting’. So far, Dr Khandelwal has published more than 130 research papers in different reputed journals and conference proceedings. His total citations are more than 4000 and his current h index is 35. He is also the author of a technical book. He has successfully completed several research and consultancy research projects in his area of interest. He has been awarded a number of prestigious awards, in which some of them are the Young Scientist Award at the hands of the President of India during the 93rd Indian Science Congress, Young Engineers Award by Institution of Engineers’ India, Young Mining Engineer of the Year and SRG Information Technology award from Mining Engineers’ Association of India, Endeavour Research and Executive Fellowship from Govt of Australia, etc. Dr Khandelwal is a member of the editorial board of several international journals published from various continents. 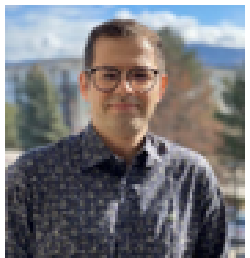 The University of British ColumbiaCanada

VahidAsgharian was born in East Azerbaijan, Iran, in 1989. He received the M.Sc. degree from Istanbul Technical University, Istanbul in 2013 in electrical engineering, and the Ph.D. degree in electrical engineering from the University of British Columbia (UBC), BC, Canada, in 2021. He is currently a Postdoctoral research fellow and lecturer with the School of Engineering, The University of British Columbia, Kelowna, BC, Canada. His research interests include power system expansion planning, power systems operation &decarbonization, energy storage systems, electricity markets, integration of distributed & renewable generation, controls, and analysis of active distribution systems. Dr. Asgharian is a reviewer of the Electric power system research journal, IET GTD, and IEEE Access. 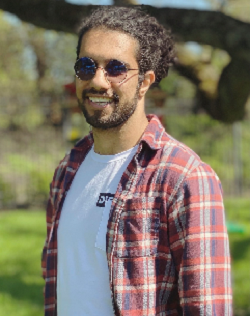 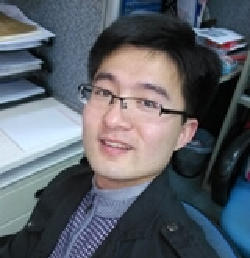 China University of Mining and TechnologyChina

Ming Zheng obtained his Ph.D. degree in Materials Physics and Chemistry from Shanghai Institute of Ceramics, Chinese Academy of Sciences in 2015. After working at National University of Singapore, The University of Hong Kong, and The Hong Kong Polytechnic University, Dr. Zheng was awarded Japan Society for The Promotion of Science (JSPS) Fellowship in the field of multiferroics and joined the Department of Physics in Nagoya University, Japan, in 2018. In 2019, he was invited to join China University of Mining and Technology as a faculty member through high-end talents program. In 2021, he was honored with IAAM Young Scientist Medal in recognition for his contribution to “Hybrid Electronic, Magnetic & Optical Materials”. His current research interests include functional (multiferroic, ferroelectric, magnetic and luminescent) thin-film materials and devices. He has authored or co-authored more than 30 papers published in international reputed journals including NPG Asia Mater. (2), Adv. Funct. Mater., Nano Energy, ACS Appl. Mater. Interfaces (2), J. Mater. Chem. C, Appl. Phys. Lett. (8), Phys. Rev. Applied (2), Phys. Rev. B. The paper published on NPG Asia Mater. (2021) were selected as feature article and published editorial summary. He also served as an Editorial Board Member for the journals Current Applied Materials, Current Chinese Science and TPC member for AMEE2020, ICMSCE2021, and the referee for well-known journals, such as NPG Asia Mater., ACS Appl. Mater. Interfaces, J. Mater. Chem. C, Adv. Electron. Mater., etc. 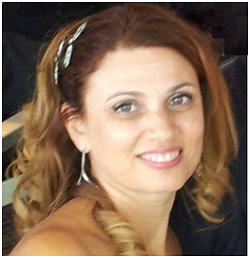 Nuria Novas Castellano obtained a Ph. D. in Electronic Engineering at the University of Almería, Spain, in 2007. She is currently an Associate Professor at the Department of Engineering, University of Almería, being active in the department since 1999. She imparts subjects related to electronic engineering and renewable energies to various specialties in the field of engineering. She is a member of the Electronics, communications and telemedicine research group (TIC019) and CIAIMBITAL (Center for Research in Intensive Mediterranean Agrosystems and Agri-Food Biotechnology), Both in the University of Almería. Her research includes projects, contracts, publications and patents in the field of electronic engineering. These works are focused on monitoring and sensing across multiple fields of application. For instance, measurements of natural phenomena in the ELF band, ambient variables monitoring in tourist caverns, dielectric measurements, biomedical monitoring, agricultural applications, and renewable energies. 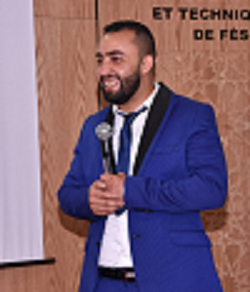