It is a great pleasure to announce that The Scientistt will host the Global Summit on Cancer Research and Therapy (GSCR2021) in Marseille, France during November 11-13, 2021.

The GSCR2021 is the vital platform for exchanging recent achievements and discussing future facilities in cancer research and therapy.

The GSCR2021 will be a 3 days event that means to gather the key players of the Cancer Community and related sectors. This event is launched with the aims to become an established event, attracting global participants, intent on sharing, exchanging and exploring new avenues of cancer-related scientific and commercial developments.

A wide-ranging scientific program consisting of plenary lectures, keynote lectures, Invited lectures, parallel sessions, as well as poster sessions for young scientists covering all topics in cancer will be scheduled. This conference provides a wonderful opportunity for you to enhance your knowledge about the newest interdisciplinary approaches in cancer treatment. Moreover, the conference offers a valuable platform to create new contacts in the field, by providing valuable networking time for you to meet great personnel in the field.

As you enjoy the intellectual interaction with peers and leaders in the field, we encourage you to immerse yourselves in the Marseille, experience with her rich cultural diversity. We are confident that your stay with us will be enriching and fascinating.

We look forward to seeing you at GSCR2021 in Marseille, France.

Shuji Nakamura obtained B.E., M.S., and Ph.D. degrees in Electrical Engineering from the University of Tokushima, Japan in 1977, 1979, and 1994, respectively. He joined Nichia Chemical Industries Ltd in 1979.

Since 2000, he has been a professor of Materials and Electrical & Computer Engineering at the University of California, Santa Barbara. He is the 2014 Nobel Laureate in Physics for the invention of efficient blue light-emitting diodes which has enabled bright and energy-saving white light sources . 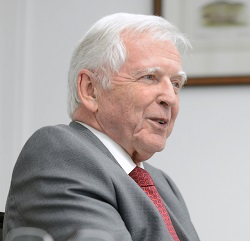 Harald zur Hausen was born on March 11, 1936 in Gelsenkirchen-Buer, Germany. He studied Medicine at the Universities of Bonn, Hamburg and Düsseldorf and received his M.D. in 1960. After his internship he received the license to practice medicine and worked as a postdoc at the Institute of Microbiology in Düsseldorf, subsequently in the Virus Laboratories of the Children's Hospital in Philadelphia where he was later appointed as Assistant Professor. After a period of 3 years as a senior scientist at the Institute of Virology of the University of Würzburg, he was appointed in 1972 as Chairman and Professor of Virology at the University of Erlangen-Nürnberg. In 1977 he moved to a similar position to the University of Freiburg. From 1983 until 2003 he was appointed as Scientific Director of the Deutsches Krebsforschungszentrum (German Cancer Research Center) in Heidelberg. He retired from this position in 2003.He received a number of national and international awards, among them the Robert-Koch-Price, the Charles S. Mott Price of the General Motors Cancer Research Foundaton, the Federation of the European Cancer Societies Clinical Research Award, the Paul-Ehrlich-Ludwig Darmstädter-Price, the Jung-Price, Hamburg, the Charles Rudolphe Brupbacher Price, Zürich, the Prince Mahidol Award, Bangkok, the Raymond Bourgine Award, Paris, the Coley-Award, New York, the Life Science Achievement Award of the American Association for Cancer Research, San Diego, and the Nobel-Prize for Medicine, 2008.He received 37 honorary doctorates from the Universities of Chicago, USA, Umeå, Sweden, Prague, Czech Republic, Salford and Warwick, both UK, Helsinki, Finland, Erlangen-Nürnberg and Würzburg, both Germany, Ferrara, Italy, Melbourne, Australia, Buenos Aires, Argentine, Salerno, Italy, Warsaw, Poland, Madrid, Spain, Bucamaranga, Columbia, Los Angeles, USA, Jerusalem, Israel, Besancon, France, Valdivia and Santiago de Chile, Chile, Ljubljana, Slovenia, Antwerp, Belgium, Pisa, Italy, New York, USA, Ioanina, Greece, Ho Chi Minh City (Saigon), Vietnam, Porto Allegre, Brazil, Athens, Greece, Guadalajara, Mexico, Patras, Greece, Moscow, Nishny Nowgorod and Tomsk, Russia, Pleven, Bulgaria, Cluj-Napoca, Romania, Kiev, Ukraine, Macau, China, Yerevan, Armenia.He is an elected member of various academies (LEOPOLDINA, Heidelberg Academy of Sciences, Polish Academy of Sciences, Venezuela National Academy of Medicine, American Philosophical Society, Institute of Medicine of the National Academy of Sciences (USA), Foreign member of the US National Academy of Sciences and research organizations (EMBO, HUGO), National Academy of Sciences, USA, and became an Honorary Member of a number of biomedical scientific societies. A large number of Special Lectures and Visiting Professorships, Memberships in Editorial Boards and active involvements in the organization of international meetings complement his curriculum.From 1989-1991 he was chairing the Association of Natonal Research Centres, in Bonn, Germany. From 1993-1996 he was President of the Organization of European Cancer Institutes. From 2000-2009 zur Hausen was Editor-in-Chief of the International Journal of Cancer, and from 2006-2009 he was member of the Board of Directors of the International Union against Cancer (UICC). From 2003-2009 he was Vice-President of the German National Academy for Natural Sciences and Medicine LEOPOLDINA in Halle. From 2006 to 2015 he was a memberof the National Science Tansfer and Development Agency in Bangkok, Thailand. 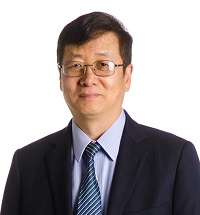 Dr. Jinsong Liu is a professor with tenure in the Department of Anatomic Pathology at The University of Texas M. D. Anderson Cancer Center. He received his medical education in China and came to the United States through the China–the United States Biochemistry Examination Application program (CUSBEA). He received his Ph.D. degree in Biochemistry from Case Western Reserve University in 1991. He completed his postdoctoral training at the University of Michigan and his pathology residency and surgical pathology fellowship training at New York University School of Medicine from 1994 to 1999. He is certified by American Board of Anatomic Pathology. He joined the faculty in the Department of Pathology at The University of Texas M. D. Anderson Cancer in 1999 as an Assistant Professor and was promoted to Associate Professor in 2004 and professor in 2009 with tenure.Dr. Liu is a pathology physician scientist and an active member of a world-renowned diagnostic team focusing on gynecologic malignancies and also a laboratory investigator at M. D. Anderson Cancer Center. Dr. Liu is an internationally recognized for his expertise in diagnosis of gynecologic tumors and research achievements in ovarian cancer. His research has focused on the mechanisms of epithelial tumorigenesis, inflammation, tumor microenvironment. Recently, his group shows that polyploid giant cancer cells (PGCCs) can be the cancer origin of high-grade cancer and disease relapse and provides a unifying theory for the origin of human embryogenesis and human cancers. Dr. Liu’s research has been continuously funded by multiple grants from different funding agencies. Dr. Liu has co-authored 270 peer reviewed original publications and reviews in many prestigious scientific journals. His work has been cited >17,000 time with H-index 73.He has given multiple lectures at national and international meetings and more than 30 institutions in US, Europe, and China. Dr. Liu has been an editorial member of several reputable journals. He was an American Cancer Society Research Scholar. He received most prestigious Lin Qiaozhi Cup Award in 2018 by Chinese Gynecologic Society. 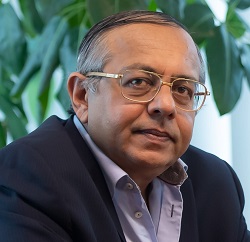 Founded in 600 BC by the Greeks from Phocaea, Marseille is the oldest city in France and the second largest after Paris. The city is home to almost 900,000 people living in its 16 districts, most of which have held onto their authentic village atmosphere.

Marseille has much to offer its locals and tourists: an incredible coastline, a harbor which turns foreign sailors green with envy and 300 days of sunshine every year!. Marseille has an impressive natural heritage with numerous lush parks in the heart of the city, offering refreshing havens when the sun is beating down. Just a few kilometers from the Vieux-Port lies the Calanques National Park, which is the perfect spot for year-round outdoor activities. The famous Calanques cover 20 kilometres with untamed creeks to explore and clear blue water to enjoy.

A dozen museums exhibit a wide variety of collections from antiquity to modern art, and several galleries display the work of famous artists and rising s...Read More